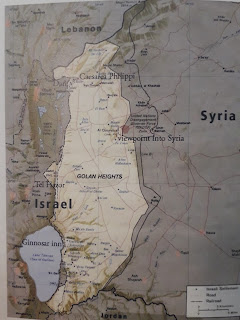 The Golan Heights is the area to the North East of the Sea of Galilee. Today we toured in the coach around a number of the significant sites in the area. 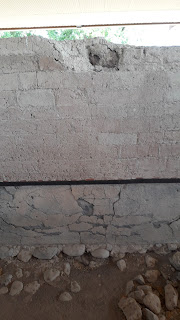 We started with Hazor, a fortress which pre-dated Israel's entry into the land. When Joshua led the people across the Jordan and Jericho fell, word got out that they were on the march and so Jabin, the king of Hazor, formed an alliance with the surrounding kings in order to fight against the Israelites. Joshua's army defeated the alliance, then Joshua attacked the fortress of Hazor and burned it down (Joshua 11:1-11). The excavated ruins of the fortress show foundation stones that have cracked due to the intense heat of being burned. The stones above the dark line are later building works on top of the burnt fortress.
Next stop was Dan in the far north. Dan was one of the twelve tribes and was awarded this territory in the North, but then failed to hold that territory, so they had to move down south, to the West of Jerusalem. Part of the problem was that the city of Dan, in the North, became a centre of idolatry. 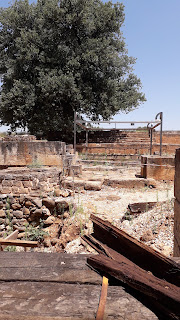 This is the altar that Jeroboam set up at Dan for sacrificing to one of the two golden calves he made, because the Northern tribes were not able to access the Temple to worship God (1 Kings 12:26-29). 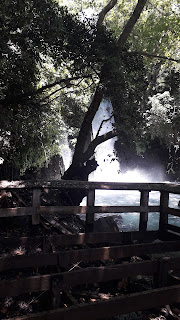 After this we went to Banias, which is a spring and the most important source of the Jordan River. The Jordan has always been incredibly important to the people of Israel in that it is their primary source of water. Banias is also a centre for the worship of Pan, one of the pagan gods that the people of the time looked up to. 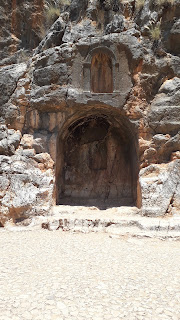 We then travelled a short distance to Caesarea Philippi, the town that grew up around the spring of Banias. It is also a town that Jesus visited with His disciples, and has a temple grotto to Pan carved out of the cliff face. It was in this town that Jesus asked the disciples who they thought He is, and Peter said "You are the Christ" (Mark 8:27-30). The penny had finally dropped for Peter. 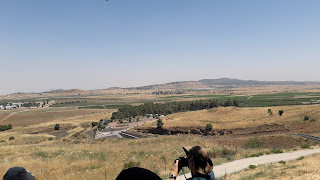 We moved on to a place on the border with Syria where we could look out and reflect on the tensions that have taken place between between Israel and its neighbours. The Golan Heights used to belong to Syria, but Israel captured the region in 1967. Israel has this incredibly diverse history, giving us the prince of peace, but never seeming to be far from war. 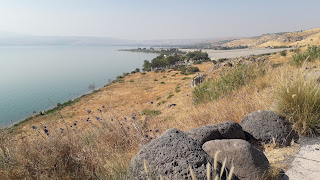 We headed back to Galilee and, after a few members of the group had a swim in the lake (to cool off in the 39 centigrade heat), we went to the Garasenes - which was a gentile area in Jesus's day. We stopped at the spot that is traditionally thought to be where Jesus met the demon possessed man called Legion. The man was in a state of uncontrollable suffering due to possession by multiple demons. Jesus cast those demons out into a herd of pigs, who ran down the slope and into the water. The man was then fine, in his right mind, but the people didn't like this and asked Jesus to leave their region (Mark 5:1-20). Jesus brings blessing, but is not always welcome.
Posted by Colin Poyntz at 12:03 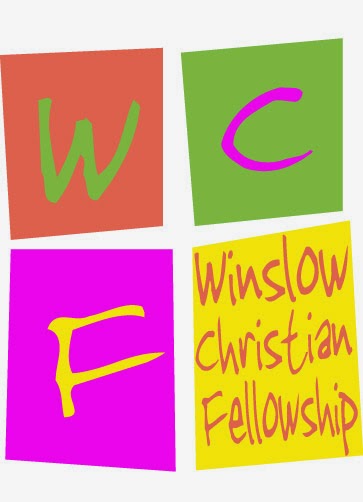